It's a shame about what happened to Olive, though it's kind of good that she's visiting and playing jokes.

Yes, it seems she has a huge personality in death as she did in life

very true ! i hope I can be a big personality on the other side too one day hehehehe

September 8, 1965, her manager Earl Mills arrived at her apartment. When she failed to answer the door, he used his key, but the chain was on the door. He shut the door and left.

Upon his return, he found the door was still chained. He got the tire iron out of his car and used it to break the chain. He went inside the apartment, calling out for her. He got to the bathroom and found Dorothy lying on the floor. Naked wearing a blue scarf on her head. He touched her face and knew she was dead. She was 42 years old.

Strangely, a few months before she died, Dorothy gave a note to her manager in an envelope marked.

"To Whomsoever Discovers Me After Death - Important." The hand-written note on the inside read, "In case of my death - to whoever discovers it - Don't remove anything I have on - scarf, gown or underwear - Cremate me right away - If I have anything, money, furniture, give to my mother Ruby Dandridge - She will know what do to.

Dorothy's estate consisted of $4,000 worth of furniture and $2.14 in her bank account. That is not an error. Two dollars and fourteen cents. How very sad!

Kaya stated, "I was sold on the fact that this place is gorgeous, full of Hollywood history, and they offered the place at a price I couldn't refuse".   "However, during the months I lived there along with other eye-witnesses, we experienced items being dropped on the floor, blown out candles, name-calling by someone who wasn't there, and apparitions appearing in the middle of the night. I couldn't believe it!  My home is haunted by Dorothy Dandridge!"

Yes, very sad, she must have been desperate to end her life as she did

she also had a severely disabled daughter who she was unable to continue to care for. I suppose due to the leeches she had in her life! 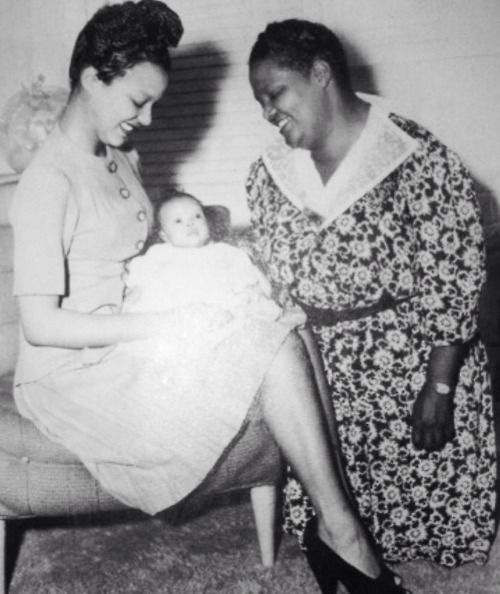 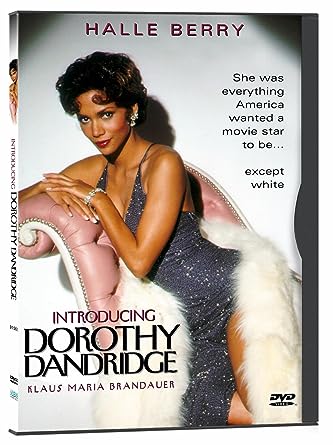 Many strange things happened in the dressing room and on the set that Berry could not explain, but the most amazing incident of all was associated with a gown that once belonged to Dandridge.

After filming was completed, Halle had taken the dress to her home and kept it in her den, covered in plastic. One night, Halle heard what she described as “the sound of water boiling,” and saw a baby doll’s dress floating in mid air right in front of the dead actress’s dress. Berry ran to her bedroom and curled in a ball, crying hysterically.

Halle called one of Dandridge’s closest friends, Geri Branton, and explained what happened. Branton told her,“Honey, I talk to Dottie all the time, and if she is at your house, she means you no harm.

Berry said she decided she was only meant to use the dress for inspiration for the making of the movie, “but the time had come to give it back.”

The Ghost of Thomas Ince


Tell me a fact, and I may learn something.

Tell me a theory and I will see if it works.

Tell me the truth, and I may believe it.

Tell me a story and it may live in my heart forever.” 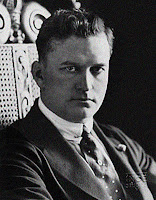 Thomas Ince was one of Hollywood’s first pioneer filmmakers. He was a silent film actor, director, screenwriter and he produced more than 100 films. He became known as the “Father of the Western”.

In 1919 he built Thomas H. Ince Studios” which made him a studio mogul. * Today this site is Culver Studios and it is said that Thomas Ince’s ghost haunts it.

At the height of his career Ince died under very “suspicious circumstances”. One weekend in November of 1924 Ince boarded William Randolph Hearst’s yacht, the Oneider. He had been invited aboard as guest of honor to celebrate his 42nd birthday.

Among the other guests on the yacht: Charlie Chaplin, film actress and Hearst’s mistress Marion Davies, and the then unknown Louella Parsons. But this celebration was not fated to be lighted-hearted.


Ince and Hearst were in the middle of a very tense business negotiation which would benefit Marion Davies film career.

Charie Chaplin’s presence added even more tension to this mix because a rumor, which Hearst had heard, stated Chaplin had a “romantic” interest in Davies.

Finally, Parsons who had become a movie writer for one of Hearst's newspapers in the East, after she had praised Davies acting in one of her columns, viewed her invitation as a prime opportunity to further her career.

It is stated that after the party the guests under the influence of bootlegged whiskey bickered. What happened next will never be known but the Oneider made an unscheduled stop at San Diego to let Ince off.

The official report was that he had suddenly and mysteriously become ill—acute attack of indigestion-- he then was placed on a train--accompanied by a non-practicing physician-- and delivered to his home in Hollywood where he died. A "heart attack"was stated as the reason for death.

Soon after Ince’s death Hollywood’s rumor mill went into overdrive. Most felt that Ince had actually been a victim of foul play. There were many conflicting facts that added fuel to this speculation.

Shortly, after his death the Los Angeles Times published a story entitled, “Movie Producer Shot in Head on Yacht” but by their evening edition this story had mysteriously disappeared.

One eyewitness who saw Ince’s body removed from the Onieda in San Diego was Charlie Chaplin’s secretary, Toraichi Kono. Kono later told his wife that Ince’s head was “bleeding from a bullet wound”. This information spread rapidly through the Japanese America community in Los Angeles.

Shortly after Ince’s death his body was cremated before an autopsy could be performed or an inquest could be held. This and several more items just added to this mystery.

Ince’s widow almost immediately after his death left for Europe and did not return to the United States. Hearst’s newspapers published this misleading story:

“…the producer (Ince) had fallen ill while visiting the Hearst Ranch in San Simeon and had been rushed home by ambulance, dying in the bosom of his family.”

In later years witnesses stated that "all you had to do to make Hearst turn white as a ghost is mention Ince's name".


By this point many felt that Hearst was using his power and influence to cover up what really happened. After Ince’s death Davies in her attempts to stop the rumors would not even acknowledge that Chaplin and Parsons had been on the Oneider that November 1924 weekend.

Louella Parsons was for some reason given a “lifetime” contract to be the movie/gossip columnist for all of Hearst’s newspapers after Inces' birthday celebration.

Peter Bogdanovich’s 2001 film entitled The Cat’s Meow presents one scenario that has been put forward to explain what actually happened. Bogdanovich shot a scene where Hearst accidently shoots Ince in the head, mistaking him for Charlie Chaplin, as he sees what he thinks are Chaplin and Davies meeting for a secret tryst.

Another theory states that Ince was awakened by Davies’ screams as Hearst is about to shoot Chaplin. Ince then rushes in and wrestles Hearst for his gun—in the process he is shot in the head.

We will never know what actually happened that weekend. One sad footnote to this tragedy is the circumstances around Ince’s death have wiped out his true legacy. Most Americans do not know he was one of Hollywood's great film pioneers.


For many years Ince’s ghost has been seen in several locations around the Culver Studio lot.

Many studio employees who work in the studios old 1919 administration building, that is affectionately called “The Mansion”, have spotted his ghost.

He is most often seen walking up the stairs that lead to the executive screening room. This room on the second floor was originally Ince’s private projection room.

The studios stages are another location where Ince is seen. This activity increased in the late 1980s as these stages were being renovated. He evidently made appearances to express his displeasure.

Two workers spotted a man wearing an old-fashioned bowler hat watching them from various locations on the catwalks as they completed one such renovation. They became concerned when they saw this figure disappear through a wall.

Later that same year another group of workers on another stage told a studio employee that they saw a man that fit Ince’s description turn toward them and state angrily, “I don’t like what you are doing to my studio.” This group ran out after seeing this angry figure disappear through a wall.

* After Ince’s death his studio was reincarnated several times. This lot has hosted Demille Studios, RKO, Pathe, RKO Pathe, Selznick, Desilu, Culver City Studios and most recently Laird International Studio. On its back lot, when it was Selznick Studio, "the burning of Atlanta" scene was filmed for the 1939 classic "Gone With the Wind".

Wow, very suspicious. Sucks that we'll never know the truth about his passing.

What a great thread and read.

Captain you went to some exciting locations.