I've only been to Zak Bagans Haunted Museum once before.  It opened around October last year.  His place is very legit.  There are a lot of items, rooms, and objects in his museum that give off massive amounts of energy.  The stairway to the basement, where dark rituals were rumored to have been done, made my brain feel like it was leaning against a cactus.  The last room involved a stair case from a demon house in Indiana.  He had the entire house demolished, but he kept the stair case for his museum along with actual dirt from the house.  You don't want to know what was in that house in Indiana.  It was very real, and very dark.  It made the room feel like there was a great sickness.  (I felt it before the tour guide even opened the door.)

I went recently there again with a meetup group of others who are sensitive to energy.  We all felt the same things.  The room with the Dybbuk Box was especially interesting.  But the story of the Dybbuk Box only seems to go back to just before World War 2.  Where did it come from before that?  The Internet won't say...  According to the Hebrew Bible, there were three people in the garden of Eden.  Adam, Eve, and Adam's first wife Lilith.  According to the story, Lilith left the garden of Eden after refusing to be submissive to Adam.  She mated with Samuel, also known as Lucifer, and became a demon.
Just before the start of World War 2, two young girls were playing with a homemade Ouija board.  They summoned a demon.  Their grandmother, upon realizing what the two girls had summoned, helped to banish the demon into a Jewish wine cabinet.  (The Dybbuk Box)  Is it possible that Lilith was the demon in the wine cabinet?  Lilith's wikipedia page has a lot of eerie similarities to the demon in the story.  https://en.wikipedia...wiki/Abyzou  In the movie, the demon is Abyzou.  Is it possible that this was who Lilith became over time, or are they completely separate entities?  We were all very respectful, and polite, in the room with the Dybbuk Box.  While in the room, the light directly above the box would blink in erratic intervals.  I think she, the demon in the Dybbuk Box, was trying to communicate with us.  We didn't get to ask a lot of questions.  (The tours move along quickly)

The very next room had Peggy The Doll.  Peggy was a real person whose spirit ended up somehow inhabiting the body of a doll.  Her name was Peggy Hines, and she was born in an institution in 1924.  She died two miles from Hyde Park in London in 1946 in Fulham due to a fever and hallucinations.  (Possibly in September)  She may have been Jewish.  World War 2 ended in 1945.  Peggy may have been a Holocaust survivor.  At one point, Peggy once visited a woman in dreams to warn about the death of a cat, and her premonition came true.  They had a spirit box in the room with Peggy, but it was extremely loud.  (There must be a lot of entities who use the box.)  While in the room, I only had time for one question.  I asked if her last name was "Hines", and the response was "Yes."

At the end of the tour, all of us had the same experiences.  I got scratched at least once in the second room we were all in from someone who wanted me to know they were there.  One girl got scratched twice on the shoulder, and had two red marks to prove it.  What exactly are you supposed to look for when someone, a spirit, is trying to get your attention?

When people look at photos, or when they watch videos, of Peggy The Doll, many people have reported feeling sick, having headaches, nausea, dizziness, etc...  Many people have felt a presence around them when googling photos of Peggy, and many others have had their computers freeze up for some unknown reason.  I think Peggy has been trying to tell people what happened to her.

Thanks for sharing your experiences

Interesting story. I don't think I will be googling Peggy!

I agree with you Snickers I'm not looking in to Peggy ! hahaha

When you're a spirit who has suffered through a great tragedy, like the Holocaust, how would you spread your story to people?  And, why is this particular woman able to do this?  (Is affecting people through photos something you learn when you become a spirit?)

Had I known this was in Las Vegas, I could have gone to visit a couple weeks ago.  The $44 ticket price seems a little steep to me.  At times, I can be more sensitive to feelings of others around me.  i wonder if that would hold true if I went to the museum.

Thanks for your feedback on your visit.

Seems like it would be a fascinating place to visit. I would pay the ticket price! 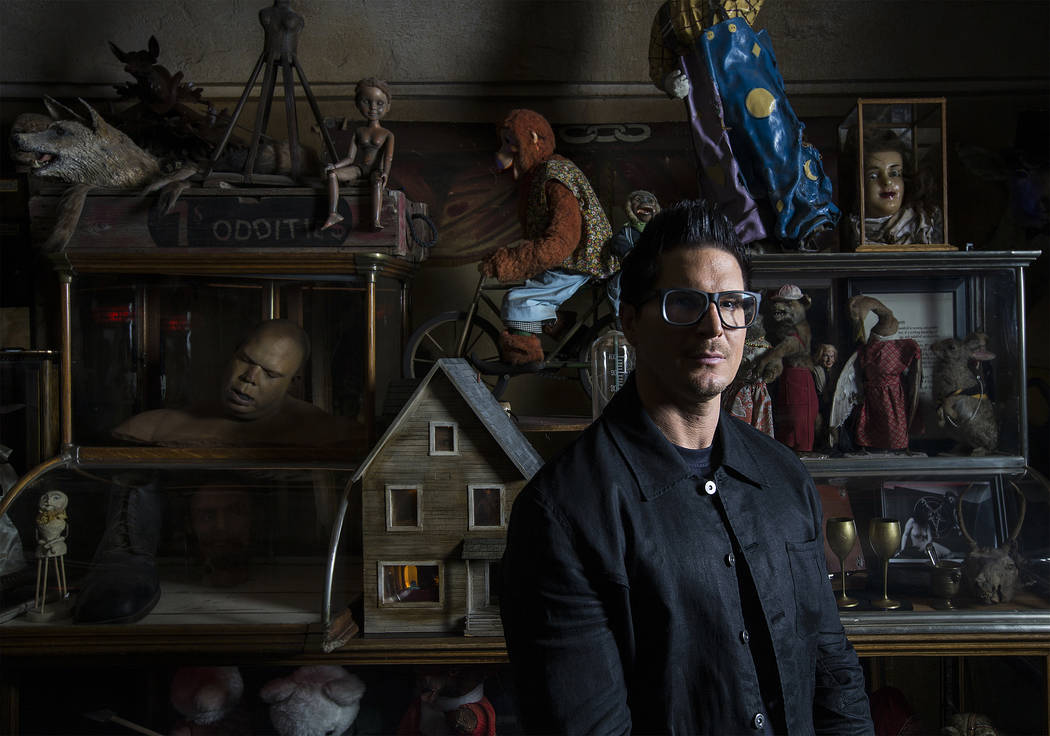 I told my wife about it yesterday.  Said that I was bummed to not find out about it when were right there a few weeks ago.  My wife said "No way in h... she would go there!!!  Her luck would be that something would come home with us and we dont need any more of that!"

She made me laugh out loud with that comment.  She was not impressed with my laughing :-(

I told my wife about it yesterday.  Said that I was bummed to not find out about it when were right there a few weeks ago.  My wife said "No way in h... she would go there!!!  Her luck would be that something would come home with us and we dont need any more of that!"

She made me laugh out loud with that comment.  She was not impressed with my laughing :-(

Lol, my husband wanted to go to Waverly Hills sanatorium, and I told him the same thing

No, I don't think I would wont to go either. I have enough strangeness happen at work. Maybe Jim and Lou can go together LOL

and just tell us about it