25 replies to this topic

I have started writing down stuff I experience, and am trying to reconstruct dates. I talked to a guy who live two over to the east and upstairs who is having much the same stuff happening and hes writhing all of it down too. The building there has two apartments over a business. As I said, next to me is a business that the upstairs is empty That was the brothel. Empty for a hundred years. One reason Ive been kind of vague about the location is, the front where I live is a business I manage. I dont want the Im not shopping there, its haunted happening. The reason I mention it now, is that it shuts down in the winter. I dont go in the front of the shop at all and I live alone. Nobody else goes in there. I had to go to a larger city last week and when I drove back I passed the front of the shop and the open sign was on. The sign is between the window glass and blinds. It cant have been turned on by accident. The store next door told me it had been on for three days. Thats the last thing thats occurred. I have a guy who works my days off and occasionally when we get a lot of product. Hes seen the front door open and close, as he said all of the time. He was in a spot doing some work and the store was empty and heard a door knob turn. He got up to see what it was thinking its the door to my apartment. Then he saw the bathroom door open. We keep it closed. Hes had things fly off of shelves and like with me, its always been with people in the shop. Its never happened to either of us alone.

Now heres a weird one with the guy who is west two and upstairs. He and his girlfriend hear a woman or girl crying. Once it was sobbing. They also hear knocking. The guy who manages the store one to the west of me told me that I think it was the 80s, a girl lived in that apartment and they found her dead in a chest freezer in the apartment. I think it was ruled a suicide but maybe not. They hear knocking too. The girlfriend said she sees a ghost in there fairly often. I asked them to describe it. She said its short. So she thinks its a girl. Its the same kind of shadow figure Im getting in my place and the guy upstairs one to the east gets. In fact all of the places here see the same kind of shadow figures. When the neighbor gets done writing all of the stuff theyve seen and heard, Ill post that too.

Yes it is possible Wild West.

Hop over to https://imgbb.com and sign up for a free account. Once done, you can then upload your images to that site and then post the 'Direct Link' in the forum by using the 'add image' tool in the post builder. 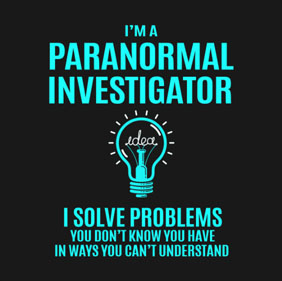 Thanks. I just had back surgery so itll be a few days before I can do it, but Im going to go up to the abandoned floor next door and take pictures.

Sorry to hear that - nothing too serious I hope....

When you do start taking photos, make sure you take more than one picture of the same area and from the same viewpoint. If you do capture anything, you want some 'reference'. Say you capture a figure during a series of three or four images, it is better substantiated if the other pictures, of the same area, show nothing there pre or post capture.

Good points Titch, look forward to what you might capture on film WW!

Not serious Titch. Well.... sorta. I have a train wreck for a back. It was back surgery. Went well. The last thing I can be sure if thats happened was when it turned on the open sign. I did wake up last week at 2:50AM and heard a voice and like before I couldnt understand what it was saying. It sounded like repeating two words with an up/down thing. Like tick tock or up down kind of thing. I thought to myself it sounds like its doing it with my clock. I have a clock with an audible second hand. I got up and went to the bathroom then laid back down. I closed my eyes and then heard a very clear voice say my name which made me jump like a jack in the box. The thing is that it may not have been anything but a dream. The part that said my name. I wasnt fully awake so I have doubts to its reality. Other than that its been really quiet for weeks. Maybe its getting used to me.