14 replies to this topic

Hello everyone. If you don't remember me, i used to go under the username of "nameless".  I now have a different username and would like to update you a little more on the new salem firehall. I was just up there as usual the other day and heard childeren's voices coming from the graveyard. There were no childeren out that day because it just got done raining. My brother was with me and asked me if i had heard what he had heard, which was the sound of children. I also heard footsteps behind me and my brother while we were on our bikes. We both also felt like we were being watched, which was normal for me because i work there and it feels that way all of the time. But i have never, in my five or six years of working there have heard children in the graveyard as much as i did that day.

It seems really unusual to me that children would ever play in a cemetary, I would think their fear would keep them from it. However, it could be that children played there before it was a cemetary and it's a bleed-over from a residual haunting.

It seems really unusual to me that children would ever play in a cemetary, I would think their fear would keep them from it.
My stepkids LOVE to play in cemeteries and always have.  They like exploring and reading all the names on the headstones.  It's never freaked them out in the least.  Perhaps they're a bit unusual in that regard, but I've heard of plenty of other kids who enjoy graveyards too.

I stand corrected!!! I guess it only goes to show you how long it has been since I was a kid...LOL!!!! It is nice to know these children have not learned a fear of death....sweet innocence, long may it live!

I also know quite a few kids who like to hang out in cemeteries too. They are respectful and will even do a little weeding around the headstones. I even had my daughter and sometimes my nieces ask me to go with them once in a while to a cemetery so that they can check out the names and date. Children now a days do not seem to be frighten of cemeteries. They now find it a great place to explore and like checking out the names and date.

My daughter loves going to spooky old cemeteries with me.  Or anywhere haunted for that matter and she's only 6.  She'll proudly bring pictures she took of cemeteries to show and tell and tell her class how her daddy takes her "ghost hunting".

Yeah, i LOVE hanging out at the cemetary there. Something goes on there though. We here, think that the cemetary and the Firehall are both connected in many ways. We know that the dead that died in the firehall during the Flu epidemic, are buried there. But there is something lurking in there. I had just asked my mom last night if she had seen anything other than the face in the window up there. And she said yes. She mentioned to me that she was up there with me when i was just a child and with my uncle tagging along, and looked over towards Ebenezer's grave and saw something there. She couldnt specify what she saw....but she saw something. they took me and both high-tailed it out of there. Wow....

What an interesting place, does anyone know any other information on the place? I had a quick look but couldn't find a hall near a graveyard.

Sorry, MacC the link isn't working for me

but from your link address I think you are right. I was able to find other links and there is a cemetery close by

Sorry, MacC the link isn't working for me

but from your link address I think you are right. I was able to find other links and there is a cemetery close by

Cool. yours fits better than the one I posted of the New Salem Volunteer FireDept in Marshville, NC.

Has anyone spotted the alleged nearby cemetery? I can't find it on Google Earth.

Has anyone spotted the alleged nearby cemetery? I can't find it on Google Earth. 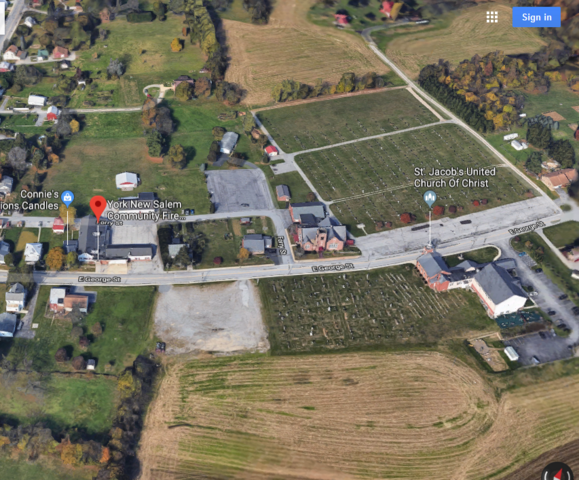 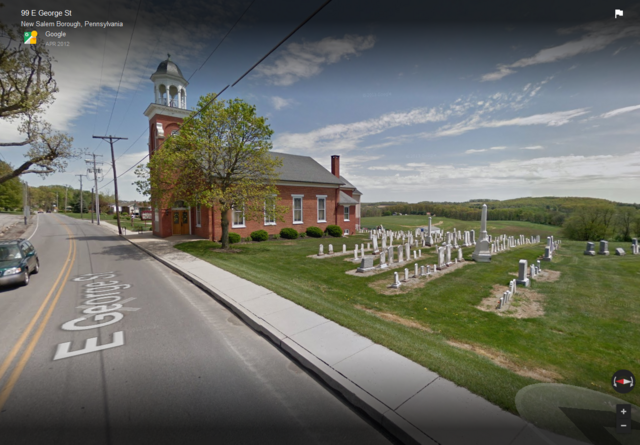 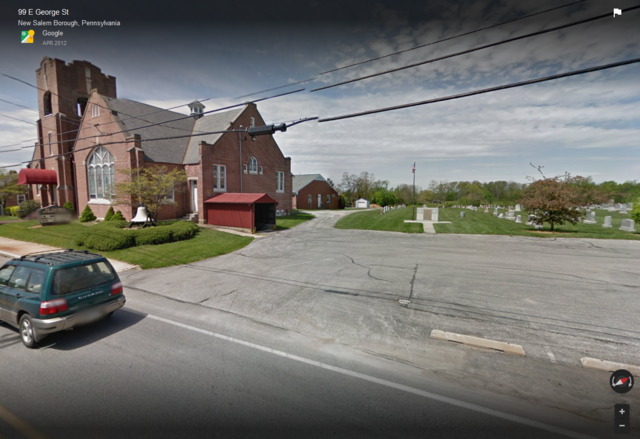