4 replies to this topic

Hi!, I'm back this week with another case of famous Spanish Hauntings.

Excuse me if the title is a bit obscure, but the phenomenon I'm going to talk about has no translations, for it has its own branded name.

In rural Galicia there are constant reports about a group of hooded figures which wander the woods, with no foreseable objective and without a comon pattern. They are known as "la Santa Compaña" (which can be translated roughly to "the saint company") and they are supposed to be harbringers of death and bad omens. They are described as a procession of souls which are fullfilling some kind of penance. They wear hooded robes and they walk whilst not walking (that is, they slide on the air)

Their apparitions can interact with people or not. When they don't, they are usually seen in the background of the forest (and if anyone from those around the witnesses is recognised by any of them being on the company's travels, that person is bound to depart soon from the world of the living) or at the doors of a certain house, which means that by the morning (for this kind of apparition happens at night) someone at that household is bound to be dead.

However, the problema comes when they interact with people. they're one of the most sinister individuals you can meet. Usually, they'll try to make one of the witnesses take their place at the march so, in order to avoid this, one can follow one out of two methods to keep them at bay. First one is to draw a circle on the soil and start praying with your head lowered. Also, any gift from them shall be rejected and no voice shall be paid attention until they have passed throught. The second one is to run for your life to a cruceiro (which is a stone-made cross which represents the crucifixion of Jesus Christ and usually another carvings can be added, as in the photo) where they'll banish. Still, the best method not to have an encounter with them is to avoid the woods at night

Well, that's it for now, I'll try to bring another story for the next week!

Gee, I am really glad you do the write-ups in your threads,  I am sure the videos are interesting if only I understood what is being said. I too looked for an English translation of the first video.

Were you going to add a photo, I noticed you mention a photo in your thread?

Gee, I am really glad you do the write-ups in your threads,  I am sure the videos are interesting if only I understood what is being said. I too looked for an English translation of the first video.

Were you going to add a photo, I noticed you mention a photo in your thread?
oopsie! I'l try to upload it again 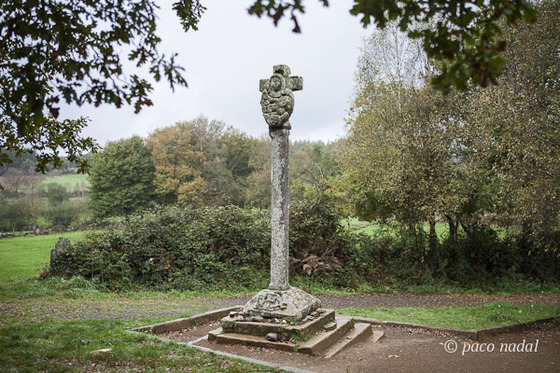 Yes, it is beautiful and thanks for adding the picture

Also tagged with one or more of these keywords: SpanishHauntings