Spotted A Ghost After Taking A Photo In Cemetery

27 replies to this topic

This is my first time posting here..

My father went to the cemetery last week to visit someone.. he took a couple of photos and after closely investigating one of the photos, he found what appears to be a ghost of a woman dressed in white..

What really fascinated me is the fact that the face looks blurred even though the photo is NOT EDITED in any way. Moreover, the photo is taken from far away, as you can see by the first photo, however she appears to be looking directly into the camera.

My father was intrigued by the photo, and decided to go to the cemetery again today. He went exactly to the spot where the ghost was spotted and found a photo of a women with black hair and white top on the tombstone which resembles the ghost that was seen in the photo here who died In 1999..

What do you think? I've never believed in the paranormal but the fact that this picture was taken by my father, who has no idea how to use a computer let alone edit a photo really made me fascinated. At the same time, i'm not that surprised as this was a cemetery (you'd expect to find ghosts)

What are your opinions? Also, why do you think the face and arms are blurred ? Hello and Welcome to the boards

Interesting image thanks for sharing

As to why the face and arm appear out of focus. To me, the enlarged image appears to be out of focus but that could just be my poor eyesight

The only other things I could suggest is: It was a ghost or maybe a living relative, maybe even a twin, visiting their loved one's grave.  It would be hard to say without any other details.

Weird, I cant see the photo.

Instead of an image I see Please Update Your Account to Enable 3RD Party Hosting.

Is there something I need to do in order to see the photo?

Weird, I can't see the photo.

Could be it was uploaded to Photobucket! Here are the 2 pictures

The second photo looks to be a different one, the angle doesn't appear to be the same. I thinking the reason the 'figure' appears blurred is because it isn't a person, likely just part of a tombstone/background. The whole photo is also a bit blurred

It's from the same photo. It could be part of another tombstone or an actual person kneeling/sitting  while visiting a grave. I ran it through an edit detector and the results say it wasn't edited.

It's so far away, not a sharp photo to begin with, then it just distorts more when it's zoomed

Personally I think its just something on the grave.

Weird...earlier I could see the OPs photos, now I can't. I just see this

Weird...earlier I could see the OPs photos, now I can't. I just see this

Yes, it is the 3rd party Photobucket problem, we were having because Photobucket wanted to stop the 3rd party sharing unless you update. MacC brought it to our attention late last year?   I have uploaded the images so they can be seen.

They were visible earlier. That's why I thought it odd

I have uploaded the images so they can be seen.

Thanks for fixing the problem so that we can view the photos, Klainey!

Cool photo capture, Roxyfoxy... and welcome to the forums!

They were visible earlier. That's why I thought it odd

I see what looks like a dark haired  woman wearing  jeans with a black belt and white shirt.

She is sitting while visiting family/friend grave. Or do I need glasses lol

I see what looks like a dark haired  woman wearing  jeans with a black belt and white shirt.
She is sitting while visiting family/friend grave. Or do I need glasses lol

Yep pretty much what I am seeing too

I see what looks like a dark haired  woman wearing  jeans with a black belt and white shirt.

She is sitting while visiting family/friend grave. Or do I need glasses lol 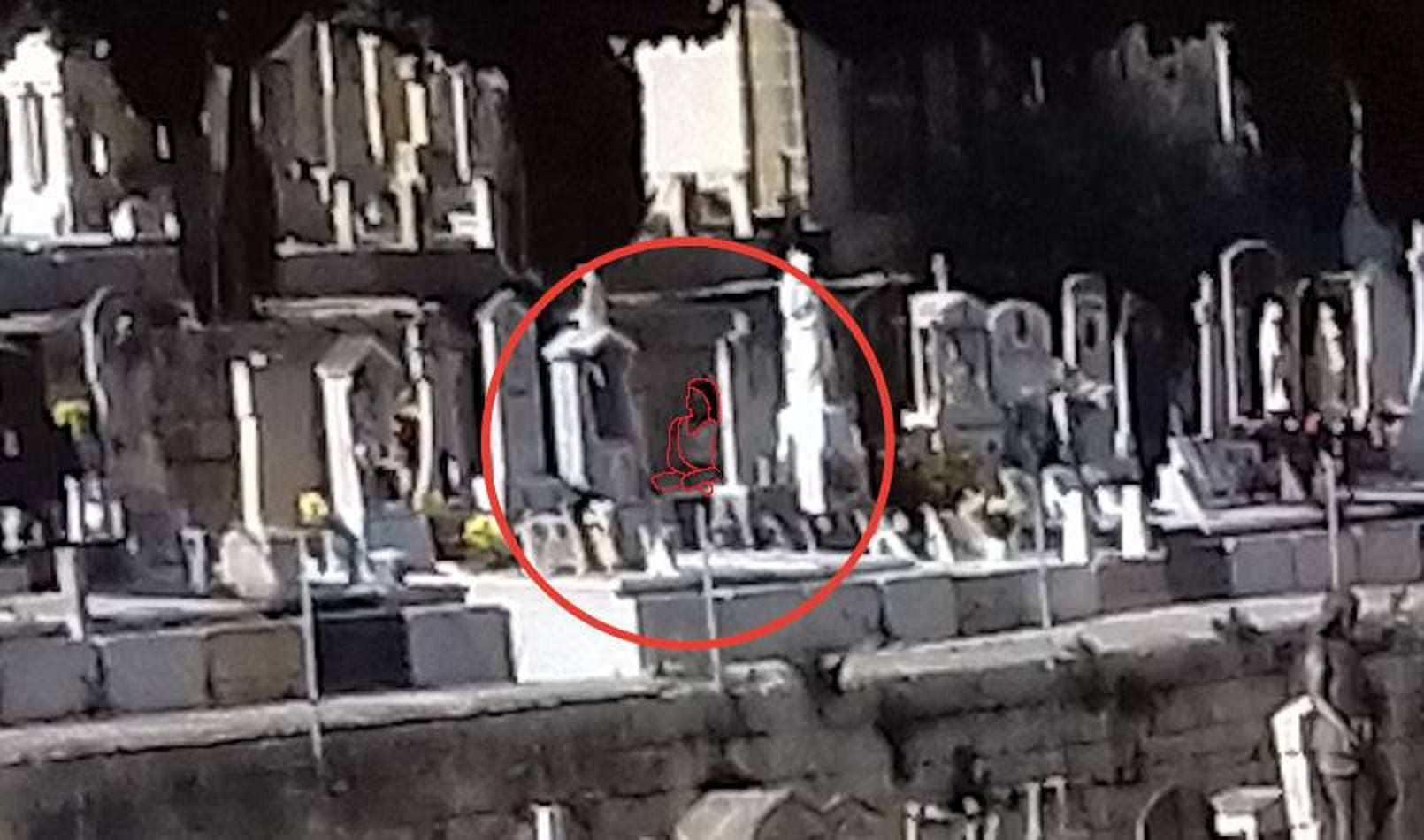