Help Me Get Rid Of An Unwanted Spirit

33 replies to this topic

Your grandmother wouldn't go.   We have family pop in once in a while,  although much less often than before (I think it was my father but it could have been my husband's)  grandpa scared our then three year old by hanging around by the ceiling at bedtime.   That's part of the intent...  anything that doesn't belong.

I really,  really hate children.   My personal theory is that children are so pure they're taken until they're old enough to really understand ramifications (about 15, 16).  I've never seen even a young teenager that turned out to actually be human.

I think most likely the abscess was from something you physically picked up.   It's easy to be scratched or get something in your shoe that will cause a wicked infection (I'm thinking about a 3am er run because a friend stepped on a rusty nail that went through her shoe).   My experience has been that no one I know who is positive they can't physically harm us has ever been harmed but people who do come up with small injuries all the time and I've watched them do more than a few to themselves but even if it's on film they will be adamant that they didn't do it.   You can get sick,  though.   That is something that can and often does happen with an attack.   The stress suppresses your immune system and anything you were fighting flares out.

Well, I have that going for me...as I'm never sick. I have a very strong constitution.

Are you saying that children are "not" taken until they're 15/16? I don't follow. People,..young, old and infant die every day. Please explain further.

I was at a historically significant cemetery in my area early in the year. I was chatting with another member around some headstones. She had, by mistake began treading on a fairly fresh grave...looked down, realized and apologized for her misstep. I captured 3 particularly different voices talking to each other. This was my first...ever...capture of an unmistakeable child's voice. It was whiny and high pitched, "That was me mommy." Then,  "I'm sorry this f***ing b***h was all over your grave!" A very clear, woman's voice and then a calming male voice. Like it could have been the father with the voice of reason, "No one is talking like that to us."

I don't feel this child was evil...not that, as I've stated, I feel anything. But, given the circumstances and what was said in its entirety...I have no reason to doubt that children have a spirit form too.

No,  I'm saying when they die there is someone who takes them wherever we go.   Older people,  who understand that actions have consequences are left to choose in most situations but I think children are automatically escorted out.   We start to really understand the consequences of our actions at about 16 (if I steal Susie's apple it will hurt her and ultimately hurt me  rather than if I steal Susie's apple I'm going to be punished) and that's about the youngest I've ever seen an actual ghost.

What ages of child imposters have you seen? What makes you feel they weren't human spirits?

I've seen everywhere from toddlers to teenagers (I've also seen adults).   It's a feeling.   You know when someone is lying to you and I usually let it play out for a while and then ask them what they really are.   It turns on a dime with that question.

Out of curiosity, which one are we talking about here? Eblis or Iblis (Islamic demonology), Eligos (Christian demonology), or Eisheth (Jewish demonology)?

None of those, actually. It was a first name that is used in our society...a real name, although, not common. I've only met one other with this name, a childhood friend...he was jewish.

I do really think you should check first with someone who can see stuff.   Otherwise it literally is as simple (and difficult) as saying "no one can follow me,  no one is allowed in my house"  and meaning it as long as there isn't an actual attachment (in that case you have to turn your back on all of the influence after figuring out what it is... which is far more difficult than it sounds...  and have someone who can remove the cord it's created tying itself to you do so).

In my own home I have asked everyone who helps me on the other side to keep everything that doesn't have permission to be here (I do,  actually,  have two ghosts...  one is a family connection and the other came with the house but they're both nice people so I tolerate them until they do something that I won't live with).   Stuff occasionally follows me and hangs out in the yard sometimes but things don't come in my house.

So even though it sounds trite,  prayer (or some form of it in your belief system) and personal autonomy are really the answer.

I agree with Tantric K.GStudy~
As far as prayer goes, its a term I use because I grew up hearing it. It is a reaching out(for me) to the Strength in us-an 'Infinite' ...(God or what ever one wants to call It)....but its not a 'say it a time or two when I think of it, or feel it, or at bedtime' thing. Its (for myself an my household) an ongoing thing/perspective I have taken several yrs to become steel strong in my resolve.

These past yrs have been alot easier as far as dark energies or entities(maybe demons, who knows-I dislike the word)- easier, in that Iam not pestered so badly as I had been when I seemed to attract anything and everything- warm loving things (Mother Mary and Isis were amazingly neat!), but as I posted in 'anyone see an apparition' post, I have had the gammit of fearful dark black eyed skullky entities too.(oops I meant to reply to macCGStudy about that pic, and stuff I have seen similar...hectic yest, didnt reply yet!)

Yes, cord cutting may sound unsusual if you havent heard that term before-but Iam glad Tantric K.S. mentions it. I do it all the time. I've been in some super gross situations growing up-& Iam ALWAYS cutting cords and clearing energies from traumatic stuff I went through-and from ones who inflicted crud when I was little. In a way, dark scary entity 'glommers'(I call it if I can feel/see it for a few days).....make me face it-the fear, and stand up to it and say "No!!".......as I couldnt when I was little. No didnt stop crud then. But it does now!! I have to be diligent. Not give up.

Hang in there, you'll find your way. And you are getting super advice from lots of wise folks here. Iam glad they are here : )

What is all of this crud?

What is all of this crud?

It's taken care of 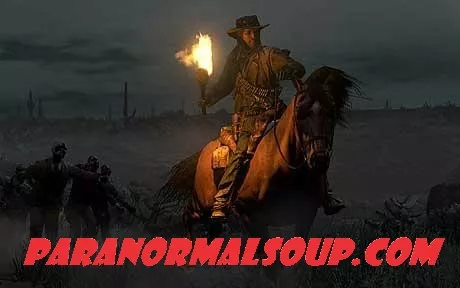 Also tagged with one or more of these keywords: attachment