The Universe A Hologram?

I've read similar articles in the past. Even Neil DeGrasse Tyson thinks it's likely.  Here's more on the possibility from USA Today  http://www.usatoday....249856/?ref=yfp

Interesting, but I hope this isn't just a hologram. I would like to think life was really 3D and not 2D.

Life is a simulation. OOooOOoooOo!

Nothing would surprise me anymore. I think things are far weirder than anyone can imagine

There are many ideas like Hologram, membranes and others and some real crazy one from the guy who lives on a park bench and holds the sign saying "The end is nigh"

I can relate, Capt-Zeanie. When I drink tequila I get smarter too!

You know... I have been feeling a bit Hologram-ish lately... I just thought it was something I ate.

If life is just a computer simulated hologram then I need to petition the IT supervisor of it to extend my programming for an unlimited time amount. I also need to know if anyone has any cheat codes.

Also ask him if we can gett more RAM

I want to know who is the main character in this simulations story. I know it isn't me, unless the story is about a girl who sleeps all day and eats cake.

At least you get your cake and eat it.

Remember there is no cake. LOL

"Normal is an illusion.
What is normal for the spider is chaos for the fly"

The cake is a lie 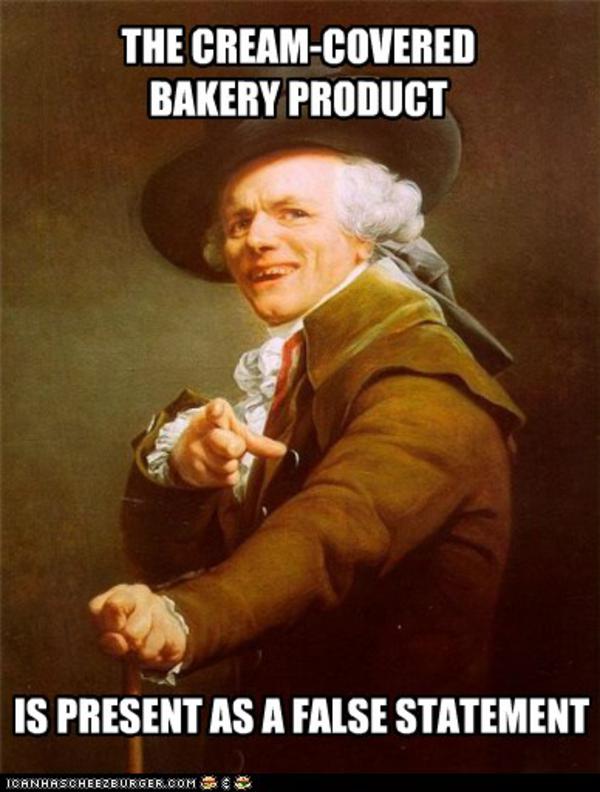 “Or ever the silver cord be loosed…Then shall the dust return to the earth as it was: and the spirit shall return unto God who gave it (Ecclesiastes 12:6-7).        maybe we really are plugged into something??
What happens if someone unplugs the cord and the hologram disappears?          ?

My philosophy teacher has talked about things like this and it's interesting to think about, however really unsettling at the same time. I'm always thinking about what would happen if the whole reality just kind of collapsed one day - would we feel it or would it feel like nothing at all? Happiness is made of sunflowers and succulents

My philosophy teacher has talked about things like this and it's interesting to think about, however really unsettling at the same time. I'm always thinking about what would happen if the whole reality just kind of collapsed one day - would we feel it or would it feel like nothing at all?
Good question and quite thought provoking.

We are plugged into a simulator. We are having an earthly experience. It seems real, but it's not. When we unplug from the simulator, where will we be?  Will we wake up and find that this was just a learning experience, one that was unique to each person? And that nothing was really real? We will wake up and go 'wow, that was really intense!'? Will we be able to repeat the experience if we want? To change things, get it right? It that why we have deja vu? So many questions, and no answers, at least not yet...

It that why we have deja vu?

I get this several times a year. This is the one thing "supernatural" that I can attest too. For those brief seconds everything is crystal clear, the invoked memory is quite strong.

Some people say it's just a double blink that reinforces the image on the retina making the brain think. But I kinda of disagree.

Some of my deja vu is just simple things like standing in the room and everything is right but over the year I have had a couple of big ones..

1st one was I was aged approx 13 and was with my family driving across Europe to visit my Aunt/Uncle in Celle (Germany). My uncle was in the British Army and stationed over in Celle. Well as were driving up to Celle (we had never been her before) my Dad got lost and then all of a sudden I got Deja Vu and said I've been here before and we need to go this way and I pointed out the route, my Dad laughed but went with what I said as he was lost and 5 mins later we were at my Uncles House.

3rd one was a few years ago and something happened and I again realised it was Deja Vu so I was able to handle the badnews easier.