14 replies to this topic

I'm saddened to see this today on my news feed. My apologies if something like this has been posted already.

It was terribly sad. Lets hope they can restore it.

Oh did my image not go through? I had an image uploaded with this...

Here is the image.

I was watching updates on it on the Canadian News. They had a live stream set up with it as well. The 2 towers and the rose stain glass window in the front facade was saved. However they are unsure what else was damaged. The article states that some paintings and other art pieces might of burned too. They are planning to rebuild it. I'm sure the Vatican can afford it. Their vault probably has centuries of treasures and gold to pay for artisans to recreate woodwork and stone masons for the stone work.
Alot of old world architecture and ancient buildings have fallen over time due to fires, natural disasters and sieges and war. Some were rebuilt some were left to decay naturally.
I love gothic architecture I knew alot about this cathedral from art history in high school and college.

oh your picture never worked orb2
Yeah I'll have to try something else... Do picture uploads from mobile work? 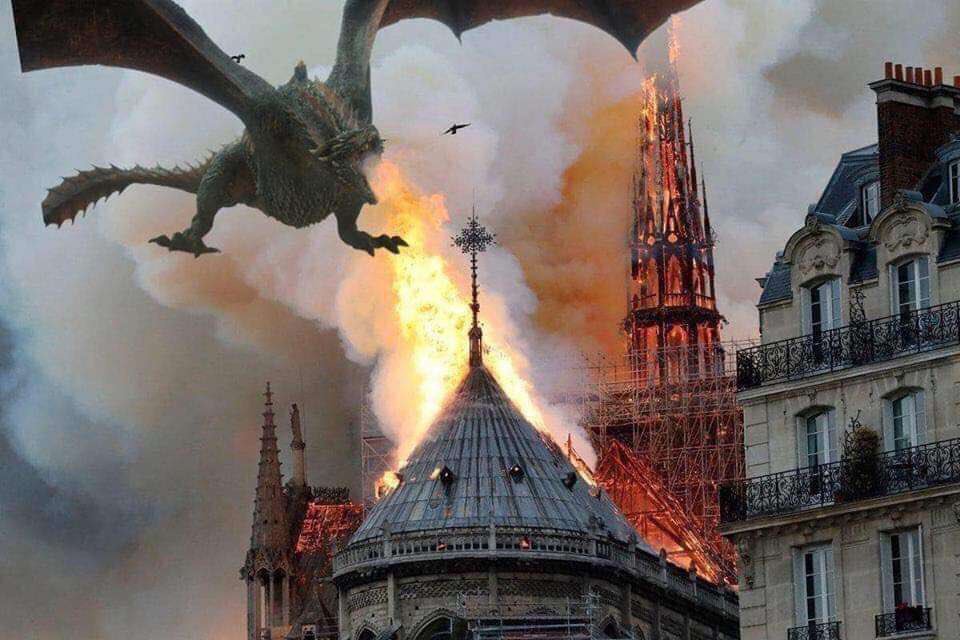 Cool image Vlawde, but too soon for me.
Thanks for replying with image, for some reason my upload doesn't work.

I just read about that. Gold's melting point is 1064 C and wood burns at 600 C, so the cross was able to handle the heat

R.I.P.  Money is already being raise to rebuild the cathedral 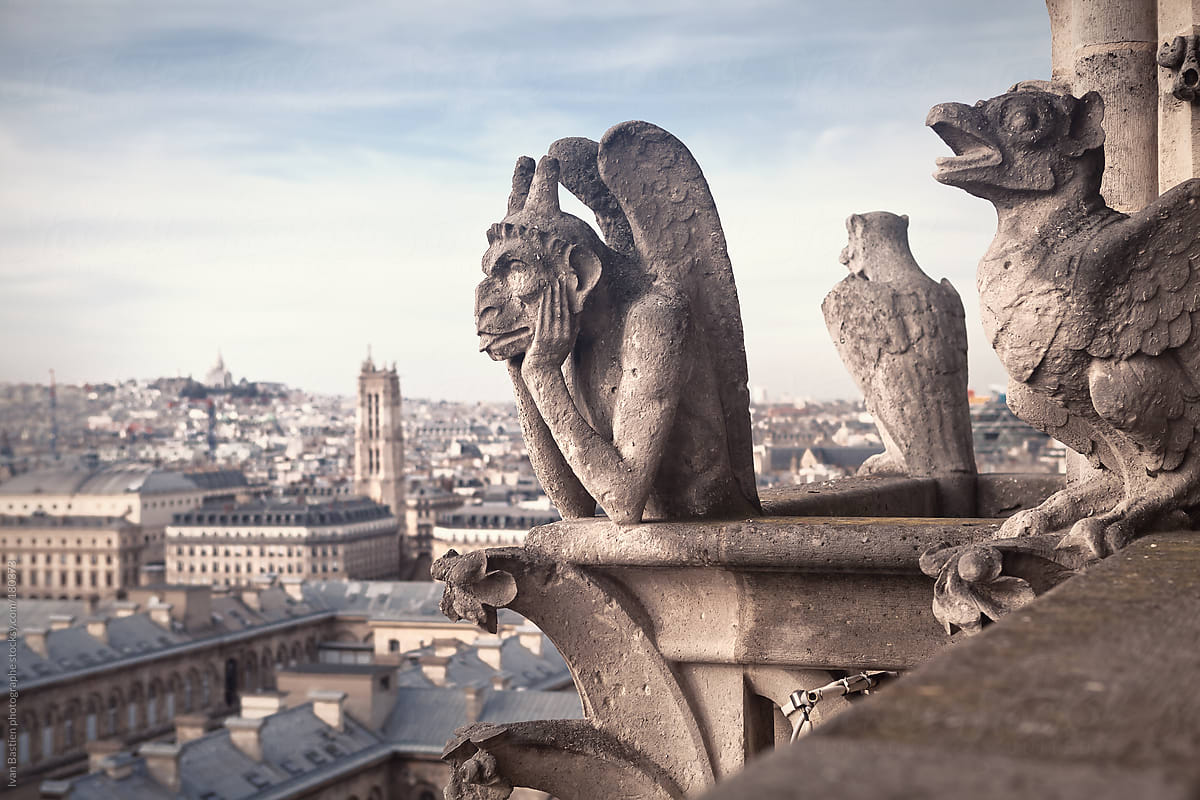 
Restoration and maintenance of invaluable structures such as Norte Dame requires attention to various details, including 'advertising' or the dissemination of information regarding the social accessibility to renovated areas. This helps us avoid the hairiness of PR-questions like, "Is there adequate public/political funding?" The trick is to keep the worldly and the sacred separate as we negotiate the modern value of civilization symbolic infrastructures, right?

After 9/11, we became 'paranoid' about what buildings/structures could be considered 'immune' in this globalization-politics minded 21st Century(!), stained by the emergent problems of traffic delimiting terrorism. We don't want people to think we don't care about Notre Dame especially after the World Trade Center was completely destroyed, right?

Maybe we just need some good old fashioned ghost-stories to clear our minds of infrastructure destabilization paranoia so we can all revel in that age old industry of tourism! Isn't that what Disney World is all about? Heck, maybe Disney should commission a Hunchback of Notre Dame remake(!).

Maybe we all could use a 'Disney-nostalgia' summer...

One thing is certain...Notre Dame will always be 'classic.'

"Jasmine and Eric were in Disneyland (California), visiting the new haunted-mansion area for Halloween 2020. Americans were still reeling from the terrorist attacks on LAX and Dodger stadium, and Jasmine/Eric wanted to feel 'safe' in the Disneyland haunted-mansion for Halloween festivities. However, they were in for a dilapidation surprise. Jasmine and Eric encountered what seemed to be the ghost of Quasimodo, the iconic 'Hunchback of Notre Dame.' They couldn't believe their eyes as they noticed the unfortunate 'gargoyle' ghost aimlessly wandering around the Disneyland haunted-mansion that Halloween. Jasmine/Eric approached this 'Quasimodo-specter' and coolly asked him if he was in Disneyland because there was that terrible fire in Norte Dame. The ghost turned to them and eerily whispered, 'This haunted-mansion has to be kept perfectly tourist-friendly so people aren't scared of fire ever again!'. Jasmine and Eric honesty wondered if this Quasimodo ghost was trying to protect the sanctity of places symbolic of modern media!"

I found this while surfing the net. 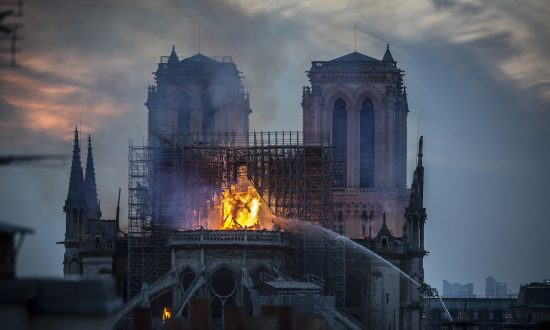 While most of the whole world only saw a massive fire destroying one of Paris’ most prized and famous buildings, when one witness looked at the photo the same day, she was astounded by what she saw: a vivid image of Jesus. A few others agreed.

Those who saw and believed wondered: what message was Jesus trying to send to His believers with this manifestation? Was he reclaiming the Cathedral? Protecting it? Criticizing the mostly secular French government that had resisted authorizing the funds necessary to preserve the historic site?

Lesley Rowan, a 38-year old Scots woman told the Daily Record that when she concentrated on a photograph posted on Facebook, she saw a silhouette of Jesus against the burning building. She says so did some other people to whom she showed the photo, including her brother in Australia.

Interesting MacC! I would think it was the upper part where the smoke is; not the stick looking figure in the flames 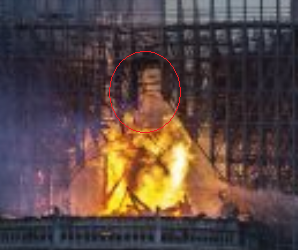 Also tagged with one or more of these keywords: news