A Few Quotes On The Art Of Dreaming, Portals, String Theory, Energy

A little backstory on Don Juan Matus.  He's a Yaqui Shaman who took Carlos Castaneda as his apprentice.  All the workings of Don Juan came from Carlos.  He wrote a series of books pertaining to dreams, magick, astral projection, and other crazy butt things we can't begin to imagine.  It's like the matrix on roids.

Carlos has been featured in time magazine.  At first Carlos wanted to ask him about hallucinogens.  That's what his thesis was about when he was studying anthropology at the UCLA.  He met Don Juan Matus through a friend that also studied anthropology. Some of you might know that authorities in any field gets backlash.  He was seen as a "fake".  Some claim Don Juan didn't exist.  Whatever the truth may be he must have had huge extensive knowledge which contained parallels to gnosticism. 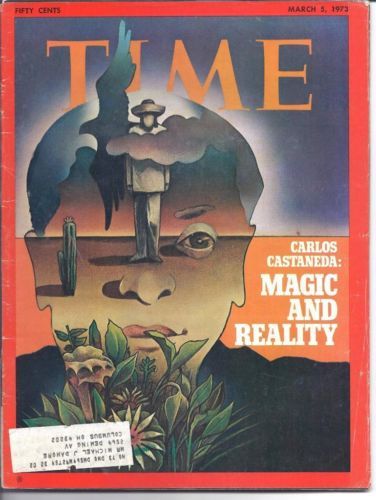 It's really the experience and knowledge of someone who dwells in pragmatics and not theories.  Also there are others, if you research deep enough, that claim who are in contact and also in Don Juan's party. You'll find them on shamanic forums and facebook which discuss the same exact experiences.

This no longer becomes a phenomena but an actual experienced shared by a lot of individuals.  And no they're not in the insane asylum.  Well some may be...  Here's a few quotes about dreaming and the nature of reality.  The funny thing is a lot of what Don Juan described is compatible with the string theory pertaining to the theory of everything in quantum physics.  It's in quote 2.

Quote 1: What Is Dreaming?

Through dreaming we can perceive other worlds, which we certainly describe, but we can't describe what makes us perceive them.


Quote 2: What Do Shamans Say About The Nature Of Reality?
The essence of the universe resembles incandescent threads that stretch out to infinity in every conceivable direction, luminous filaments that are conscious of themselves in ways impossible for the human mind to comprehend.  The whole universe is energy.


Quote 9: What Are The 7 Gates Of Dreaming?
There are seven gates and dreamers have to open all seven of them, one at a time. There are entrances and exits in the energy flow of the universe.

Quote 10: What's The Purpose Of The 7 Gates Of Dreaming?
You already understand that the gates of dreaming are specific obstacles, but you haven’t understood yet that whatever is given as the exercise to reach and cross a gate is not really what that gate is all about.

rest of the quotes, https://beyondenigma...rt-of-dreaming/

Hi, JohnHermes.   I think he was eating peyote buttons.  lol . I read all those books decades ago.  This is what I remember..he liked tripping and relating what had happened to him which was always pretty interesting.    I don't know if you are aware that psychedelics are being used as medical treatment these days for depression, anxiety, trauma, and those waiting for the reaper to appear.

I haven't read anything like that but microdosing is being used for treatment for specific medical conditions.  It has been compared to synesthesia.  (where the brain borrows from another part of the brain used to produce something else)  A good example would be where sound produces color.  It all sounds amazing to me.  I also read that you cannot overdose on shroons or LSD but you can get too high and lose your grip on our shared reality.  I imagine that would be something like thinking you could walk on air and stepping off a four story high rise.  Of course, microdosing does not produce those kinds of results.  TG.

I would like to try it.  I don't remember any mention of them using what I would term "trip leaders".  It would only be smart to have them.

pssst.  Someone has been eating this stuff and writing about it.  And it's not Carlos.

I've read in the past few years that microdosing LSD is being done by some young professionals, supposedly it helps them creatively and also productivity. DMT has always been talked about as a way to find your 'higher self' (pun intended) and as being natural for the brain as PITLeader mentioned.

In my wild youth (mostly high school) I did try LSD a few times, but I never took a large amount, more like half or 1/4 dose. Have to say, I just didn't care much for it, and can see how some develop mental issues with using it in large amounts often. Many 'acid casualties' out there, Syd Barrett of Pink Floyd is one. Supposedly at one point he took a whole lot, and never was the same afterwards, Became useless in the band so they had to fire him. Rest of his life was pretty sad.

I did make a point of searching for information about DMT and found quite a bit.  Everything you guys said checked out.  I was surprised to find studies done, abstracts and papers written by parapsychologists on all the fun stuff:

Discarnate entities and DMT
Journeys to Alien Worlds Through Psychedelics
Psychoactive Substances and Paranormal Phenomena
The Pineal, The Spirit Molecule and Popular Culture.

Fun Fact, one of DMT street names is the 45 minute psychosis.  Everything I read on illegal drugs and research innocently presented in this topic on Carlos Castenada I want to apologize to JohnHermes for.

I read four of the books (I don't know why I think more than 4 were written)  I was very interested in Don Juan, the Shaman, the one who always seemed to be saving Carlos from trouble of one kind or another.  The books were interesting and introduced me to different cultures although at the time I did not realize that.   I do remember I treated it more like a fantasy journey than anything else.  They are good reads and wasn't Carlos a student of archeology or anthropology when he met up with Don Juan?

Yes, it has occurred to me that it was Carlos Castenada that left quite an impression on all students of anthropology and sent them out into the world to experience another way of life, in the field.  I learned a lot today.  Thank you JohnHermes, Pitleader, Vlawde.

Happily Wacko.
Back to The Spiritual Realm