Have you ever put an item in a specific place and it disappeared, only for it to return in a different place? The awareness in all things paranormal has reached an all-time high and those who have had experiences are now more likely to share what happens to them. Usually, it is a matter of give-and-take as apports and deports are certainly a kind of dead entity theft. On tonight's show, Clyde Lewis talks with parapsychologist, Dr. Barry Taff about DEAD ENTITY THEFT - DISAPPEARING OBJECT REALITY 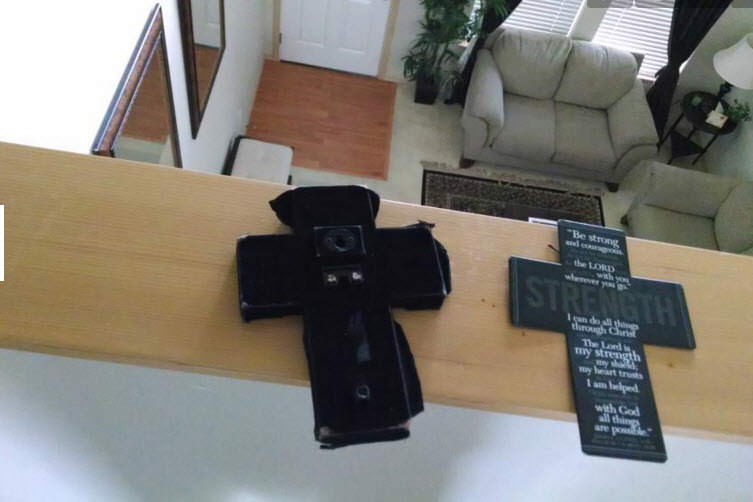 It is a bit of a stretch to listen for 3 hours. I was able to find a section on apports and deports at 45:51 if anyone is looking and Barry starts at 54:47

My family jokingly blames "gremlins" or "kobolds" for the apports and deports.  Doesn't this stuff happen to everyone?  (though the laser place where I worked this was a regular recurring event, and we blamed a ghost/ Tim)

Dr. Taff's judgement of that poor Entity woman is painful... I'm seeing her less as "oversexed" and more as an abused woman (probably sexually and from a young age) who likely ALSO had PTSD, and didn't want to tell her age, because she'd had her oldest kid (and possibly the others as well) at "too young" and in an era where she is very much STILL judged for being a single mother, and for being bad at choosing men.  IF the entity was produced by her own mind, isn't it just as likely that it was a reinactment of an actual (possibly childhood)) rape she experienced?
And how is "walked around the her own home naked in front of the kids" equates to "overly sexual" unless something else was going on. (not all families have the same nudity taboos) and the apparent alchoholism, also looks a LOT like dealing with trauma without access to appropriate medical or psychological care.

I'm SO annoyed with "and this woman has x# of kids all with different fathers"  while none of those folks are asking "Wow, what the pits men leaving her to raise the kids alone..."
(and yeah, I had classmates where out of their 4 or 5 siblings they may not have shared a father with ANY of them, but their MOM worked her butt off to get them as good of a start in life as she could manage...
and too darn often back then the "single mother" was a rape victim who had their first kid at 16 or younger, it's not like the early 70s had much protection or choices for women/girls who were being abused.)

re vanishing stuff... I was just visitng Indiana this past weekend at my folks' house, and I was up late crocheting octopi.  I was up too late, and was 80% sure I put my hook back in my tool box... in the morning with an octo to finishi, I could not find it I checked all around the chair I had sat in, I checked my skein of yarn, my tool box, my yarn tote... and then my sister said "check your yarn again" and that was the 3rd time checking the yarn and there it was.

Once again  trin, I know where you are coming  from. My grandson is in a relationship where his partner has 5 children  with 4 different father's she left
3 because the father's  were drop kicks. She is a very good, working, mother too. I think sometimes it takes a strong person to leave a bad relationship.

Dead Entity Theft.  LOL I would have passed right over that title and skipped the podcast on that alone.  Dr. Taft is always interesting although I'm not so sure.....Evil is on.  Gotta go.

Dead Entity Theft.  LOL I would have passed right over that title and skipped the podcast on that alone.  Dr. Taft is always interesting although I'm not so sure.....Evil is on.  Gotta go.

Hey, I found that other book entitled, Disappearing Object Phenomenon, an Investigation, by Tony Jinks.  He gave credit to Ms. Barrington and uses her terms.  She actually began her research on JOTTs in 1991.  That was about 27 years of work although I doubt that it was a continuous study.   It takes forever just to get your questionnaires worded correctly so that the materialists can't hollar WOO WOO and include everything that you've discovered during your initial investigation and the one after that and the one after that, etc.

I know I've mentioned, "The Terror That Comes In The NIght" by David J. Hufford.  I was reading more contemporary studies on the Ol' Hag and found them huffing and puffing about David J. Hufford because his investigations were so thorough and well documented and included his direct dealing with the "Cultural Source Hypothesis" (Although the subject of empiricism in supernatural belief has not been dealt with extensively in academic studies of belief, there does exist a strong implicit set of understandings which may be said to form the modern point of view-this is what Hufford refers to as the Cultural Source Hypothesis and he lists what the understandings are) that they are still crying about it thirty-seven years later.

I was wondering myself about Disappearing Object Phenomenon or JOTTS and where they might be headed in their data collection.  Of course the first thing that came to mind was PK because things are moving about on their own, maybe.

And then time travel is another but I want to read these books first plus I can't find my notes.  Plus I was wondering if Dr. Taft was a U.S. trained parapsychologist.  Guess i'll have to take another look around.

I know this is an old thread but thought better to add to this discussion than start another.  Several years ago a friend went to Gettysburg. PA with me and we were ghost hunting behind Reynolds Woods (Herbst Woods) down by Willoughby Run Creek.  We were going to wade across the creek and there was a fairly steep slope of granite down to the creek.  My friend made it down and told me to watch that the rock was slippery.  I watched closely where I planted each foot on the granite on my way down to keep from falling.  About half way down I felt something slide out from under my boot and it slid down to the creek edge where my friend was standing.  I said, what the heck was that?  He reached down and picked up a silver locket with a 9" chain on it.  He was watching me come down and I was watching where I placed my foot and neither of us saw it laying on the granite stone.  We also checked and there were no crevices or holes that could have hidden it.  This "apport" came from beneath my foot.  We did have ITC contact with several spirits and have a photo of a mist type figure across the creek from us.  My friend took the locket to a jewelry shop after we got back home.  The jewelry shop owner said the locket was a cheap one from the 1970's.  When or how it got there is still a mystery.  It was one of the more stranger occurrences that I have ever witnessed.  And I have had a few.